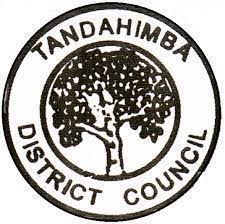 Tandahimba is one of the six districts of the Mtwara Region of Tanzania. It is bordered to the east by the Mtwara Rural District, to the south by Mozambique, to the west by the Newala District, and to the north by the Lindi Region. The capital of this district is called TANDAHIMBA which is located 95 km from the regional headquarters of Mtwara. The district has an area of ​​1673 square kilometers equivalent to 167,331 hectares.

Tandahimba District has 7 Divisions, 32 Wards, 143 Registered Villages and 654 Sub-Districts. Tandahimba District Council has a total of 42 Honorable Councilors including the Honorable Member of Parliament for Tandahimba State. Of these, 32 Councilors are elected and 10 Special Seats are. According to the 2002 Tanzania National Census, the population of the Tandahimba District was 204,648.Vision : – ” By 2018  Tandahimba DC , Using Existing Resources , Specialist and community involvement , has provided Be Better Services And Economic Sustainable Building Better Lives of the Citizens ‘

The Executive Director of Tandahimba District Council invites applications from Tanzanians to fill positions as described in the PDF FILE attached below: