Shortage Of Electricity In 11 Regions For 12 Hours On Monday 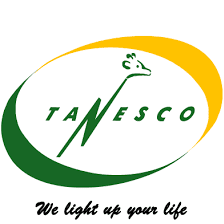 Shortage Of Electricity In 11 Regions For 12 Hours On Monday

The Company generates, purchases, transmits, distributes, and sells electricity to Tanzania Mainland and sells bulk power to the Zanzibar Electricity Corporation (ZECO), which in turn sells it to the public in islands Unguja and Pemba. TANESCO owns most of the electricity generating, transmitting, and distributing facilities in Tanzania Mainland with an estimated population of over 50 million.

Tanzania Electricity Corporation (TANESCO) informs its customers that, on Monday, November 15, 2021, there will be a maintenance of the 220-kilowatt power line from Kidatu to Iringa from 12:00 am to 12:00 pm

REASON for Shortage of Electricity in 11 Regions