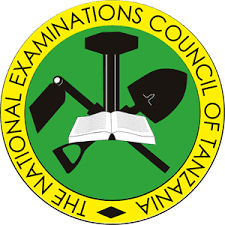 The National Examination Council of Tanzania (Necta) has today October 30, 2021 released the 2021 Standard Seven results (PSLE).The announcement was made today in Dar es Salaam by Necta’s executive secretary Dr Charles Msonde.According to the examination council these are top 10 schools with Lake Zone dominating the standings.
After Tanzania Mainland had pulled out of the East African Examinations Council, in 1971 and before NECTA was established by Law, in 1973, the Curriculum and Examinations Section of the Ministry of Education was responsible for all examinations. With the establishment of NECTA,the Examinations became its responsibility in accordance with the law. The Curriculum continued to be under the Ministry of Education and the University College, Dar es Salaam until when it was taken over by the newly established, autonomous Institute of Curriculum Development (ICD) in 1975, which in 1993 was renamed as the Tanzania Institute of Education (TIE).
None of the Top 10 schools is a public school just as the case is with the Top 10 pupils.1.     Graiyaki, Mara Region2.    St Peter Claver, Kagera Region3.    Rocken Hill,  Shinyanga Region4.    Kemebos -Kagera Region5.    Bishop Caesar, Kagera Region6.    Kwema Modern, Shinyanga Region7.    St Margaret, Arusha Region8.    Waja Springs,  Geita Region9.    Kadama, Geita Region10.    Chalinze Modern Islamic, Pwani Region
VIEW RESULTS HERE