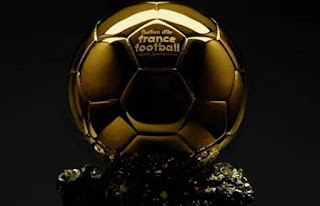 We have the names! The full shortlist for the 2021 Man Ballon d'Or has now been released.
The following are the names which are nominated for Ballon d'or 2021

Having spent the majority of his 2021, in the shadows of Romelu Lukaku and Lionel Messi, Lautaro looks to emerging into the limelight at the start of this season.

The Argentina international has scored five goals in Inter's first six Serie A matches in 2021-22, and given the role recency bias can play in Ballon d'Or voting as well as the role he played in major honours for club and country, he should find himself on the shortlist when it is revealed.

Euro 2020 feels a long time ago for Sterling, with the Manchester City forward now struggling to convince Pep Guardiola of his importance to the Premier League champions.

His underwhelming display when handed a rare start against PSG in the Champions League only served to highlight the slump Sterling is currently in.

While the first half of 2021 did not bring about many vintage Salah performances, the Egypt star is certainly making sure he leaves his mark on the year before all is said and done.

There is arguably no more in-form player in Europe right now than the Liverpool forward, with his goal against Manchester City on Sunday likely to give him a shot at winning a second Puskas Award at some point.

Salah's lack of trophies and disappointing showings at the start of the year mean he will not challenge for this year's Ballon d'Or, but carry this form into 2022 and he could be a real contender in 12 months' time.

Given all the excitement that built around Neymar reuniting with his great friend Lionel Messi at PSG this year, the Brazil international has struggled to hit the ground running thus far in 2021-22, contributing just a single goal - a penalty - in Ligue 1 so far this term.

Kane's hangover from a summer of firing England to the Euro 2020 final and huge speculation over his future continues to hamper his game, with the Spurs star still yet to find the net in the Premier League this season.

Mount's importance to Chelsea was only highlighted by their struggles in his absence against Manchester City and Juventus, and given his trophy-winning exploits from last season, he is now well-placed to be the highest-ranked member of Gareth Southgate's squad in this year's Ballon d'Or list.

This might be a bit high for a player in Barella, who is almost universally underrated outside of keen Serie A fans, but the Inter midfielder continues to emerge as one of the best in his position anywhere in the world at San Siro.

It says a lot of Dias' rise that a signing that a whole host of informed onlookers were not so sure about a year ago was this week captaining Manchester City away at Chelsea, PSG and Liverpool.

Clearly the Portugal international is as good a leader as he is a defender.

Donnarumma might not be starting every match for PSG at present, but his performance against Man City served as a reminder of just how close the Italy shot-stopper is to emerging as the best goalkeeper in world football.

Absolutely electrifying to watch when he gets going, Chiesa's winner against Chelsea in the Champions League rubber-stamped his status as being the new on-field leader of the Bianconeri.

At just 23, winning the Ballon d'Or somewhere down the line should not be beyond the Italy star, either.

De Bruyne may have rescued a point for Manchester City at Liverpool on Sunday, but the Belgium star remains short of his absolute best as he aims to shake off the injury problems that have plagued him in the second half of 2021.

A mixed week for Ronaldo, as he went from leaving the Old Trafford pitch on Wednesday with his name ringing around the stadium following his stoppage-time heroics versus Villarreal to trudging off in something of a strop after Saturday's draw with Everton.

While Mbappe and Neymar's relationship seems to be growing frosty at PSG, the France international does at least seem to have sparked up a decent connection with Lionel Messi, as higlighted by the part he played in the Argentine's stunning strike against Man City.

Now the undisputed best player of 2021 who has not yet won a majory trophy, the Real Madrid frontman could yet change that if he can fire France to glory in the Nations League finals this week.

Injuries have stalled Haaland's progress after his hot start to the season, and Dortmund will hope that the Norwegian is not missing for too much longer as they aim to launch a title challenge in the Bundesliga.

Any lingering hopes Lukaku had of winning the Ballon d'Or may have now gone after his superb start to life back at Chelsea slowed in recent weeks, though he could still resurrect his chances of a podium-finish by nettting for Belgium in the Nations League finals.

Kante's injury problems are becoming something of a concern, with the France midfielder having been hampered by fitness issues ever since the Europa League final of 2019.

When he is on the pitch, though, he remains an oustanding performer.

If Jorginho adds the Nations League title to the Euro 2020 and Champions League winners' medals he already owns from this year, will that be enough for him to leapfrog those ahead of him in the Ballon d'Or race?

It might not be a popular decision if it does, but voters put more stock in trophies than maybe they should.

Reports last week claimed that the 2020 Ballon d'Or will, in fact, be awarded to Lewandowski at this year's ceremony after it was originally cancelled due to the pandemic.

If that proves to be the case, then it will be just reward for the Bayern star after the best two years of his career.

If there were any doubts over whether Messi's slow start to life at PSG could affect his Ballon d'Or chances, he made sure to shut them down with his outrageous effort against Man City.

Producing such a moment in such a eye-catching Champions League game will, in all likelihood, ensure a seventh prize for the legendary Argentine come December.