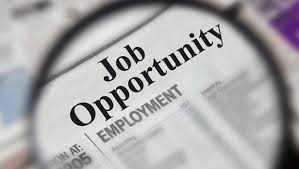 The Office of the Prime Minister of the United Republic of Tanzania dates back to the year 1961 when the first Prime Minister of Tanganyika, the Father of the Nation, Mwalimu J.K. Nyerere, was appointed. According to Government Notice Number 415 of 1st December 1961 the function of the office then was to advice the Governor-General on all matters relating to the Government of Tanganyika.

The Office of the Prime Minister was retained as the head of government business when Tanganyika became a republic on 9th December 1962 with the President as Head of State.

Ministry of Natural Resources and Tourism of United Republic of Tanzania, is the Ministry responsible for management of Natural, Cultural and Tourism resources. Tanzania has a great potential for natural resources, cultural and tourism attractions. In terms of wildlife, the present network of wildlife Protected Areas (PAs) in Tanzania is comprised of 16 National Parks, Ngorongoro Conservation Area, 38 Game Reserves and 43 Game Controlled Areas. The wildlife protected area network covers 233,300 Sq. Km (28%) of the total Tanzania’s land surface area.

See full details in the PDF FILE below

APPLY HERE FOR THESE JOBS