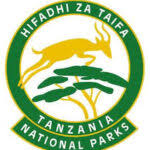 The Tanganyika National Parks Ordinance CAP [412] of 1959 established the organization now known as Tanzania National Parks (TANAPA), and Serengeti became the first National Park. Currently, TANAPA is governed by the National Parks Act Chapter 282 of the 2002 revised edition of the Laws of the United Republic of Tanzania.

Conservation in Tanzania is governed by the Wildlife Conservation Act of 1974, which allows the Government to establish protected areas and outlines how they are organized and managed. National Parks represent the highest level of resource protection that can be provided. By September 2019, TANAPA has grown to 22 national parks, covering approximately 99,306.5 square Kilometers.