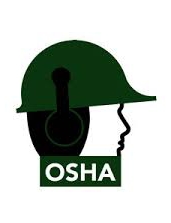 Occupational Safety and Health Authority (OSHA) is a Government Agency established under the Executive Agencies Act No. 30 of 1997 with the main objective of promotion of Safe and Healthy working environment as stipulated in the Occupational Health and Safety Act No. 5 of 2003.The Agency is mandated to perform its functions in Tanzania mainland. Currently, OSHA has six (6) administrative zones namely Northern Zone, Lake Zone, Southern Highlands Zone, Central Zone, Southern Zone and Coast Zone.

OSHA’s history goes back to 2001 when it was established as part of Government Programme to Improve Service Provision to the public which was implemented under the Executive Agencies Act No. 30 of the 1997.

OSHA has been established as a Government Agency for regulating occupational safety and health in Tanzania Mainland. OSHA has the responsibility to ensure that employees work in safer environments which is free from occupational diseases and accidents as per laid down procedures and standards.