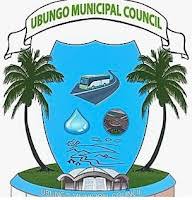 Ubungo Municipal Council is one of the five Municipal Councils in the city of Dar es Salaam in Tanzania. The Council’s vision is to have a society that is empowered to adapt to social, economic and Infrastructure development. The overarching goal is to provide better services to the community by using the resources available effectively, and to build their capacity, good governance and respect for the rule of law that will improve the lives of the community.

The UBUNGO Municipal Council Executive Director is inviting applications from Tanzanians to fill 104 Posts as shown in the PDF FILE below: