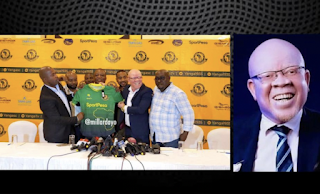 Haji Manara moves to Yanga and his family "Yanga has Leaders ……."

Haji Manara ahamia Yanga na Familia yake “Yanga ina Viongozi…….”
Former Simba SC spokesperson Haji Manara has officially announced to join Yanga this evening in Dar es Salaam, has announced his move with his entire family. "I'm going to Yanga because it has leaders who will give me a chance to help them, I was very constrained, I was very ridiculed, I have never had problems with Simba" - Manara.

Mshahara wa Haji Manara Yanga | Salary, According to local sources, former Simba club spokesperson Haji Sunday Manara, who has been introduced to the Yanga club, will be paid a large sum of money.

According to local sources, Haji Manara is now paid more than 14 times the salary he used to earn when he was at Simba Sc.