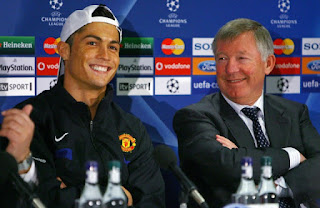 Within hours, everything has changed dramatically, with former Juventus star Cristiano Ronaldo changing his mind about leaving the club to join Manchester City and the landing of his former employers, Manchester United.

It has been reported that what happened was a Phd-level mafia that led CR7 to reject the offer to go to City and agree to return to Man U.

It has been reported that his former coach, Ronaldo himself, has said that he is like his second father, Sir Alex Ferguson, who allegedly talked to the star on the phone yesterday and made him completely change his mind. What did he tell her? It's a secret between them both.

But a few hours later Man City announced their withdrawal from the deal for the five-time Ballon d'or star.

In addition, Man U coach Ole Gunnar Solskjaer, who played with Ronaldo years before retiring from football, said: 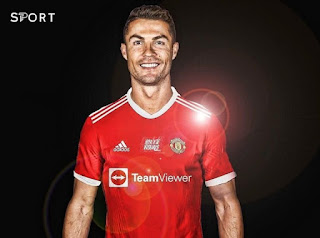 "I don't think Cristiano will leave Juventus. But, if he is leaving Juventus, he knows we are here. We have always had very good communication, Bruno Fernandes has been talking to him as well. He understands our feelings for him. He is a hero at the club, he is the best player of all time, so let's see what happens. ”

For his part, former Red Devils central defender Rio Ferdinand has confirmed speaking to CR7 by phone, asking the Portuguese what is going on before using his Twitter page to claim the Etihad deal is dead and the player is landing at Man U.

Man City coach Pep Guardiola said: “All I can say is three or four days left, whatever happens. But, in my opinion very few players, Ronaldo and Messi are the ones who decide where to play. ”

Juve have already confirmed receipt of Man U's offer with Man U saying they have already completed negotiations with Juventus and what is awaited is CR7 landing Man U and making tests just to join them officially.