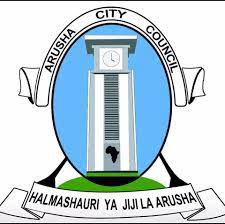 Arusha City Council constitutes one of the six Local Government Authorities of Arusha Region, which include Arumeru, Monduli, Ngorongoro, Longido and Karatu Districts. Arusha City Council is also the Headquarter of Arusha Region located in Northern Tanzania between latitude 20 and 60 South and Longitudes 34.50 and 380 East. It has a unique character of being surrounded by Arumeru District in all directions. It is located 50 Kilometers West of Kilimanjaro International Airport on the great North Road halfway between Cape Town and Cairo and is also 6 km from Arusha Airport. It is also the headquarter of East Africa Community and other Inter-regional organizations. This council covers the area of 208km2

According to a 2012 Census, the population is 416,442 people, of which 199,524 are male and 216,918 are female. Arusha City has three (3) divisions namely, Themi, Elerai and Suye, which is subdivided, into twenty-five (25) wards. Furthermore there are one hundred and fifty four (154) Streets within the City. Administratively, the City Council is run by Councilors under the leadership of Hon. Mayor. However, the City Director who is assisted by heads of departments and sections (management) does the day-to-day administration of the City. At the Ward level, there are Ward Executive Officers who are under the City Director.

ARUSHA City Council Executive Director has announced various temporary jobs to be filled by Tanzanians in the PDF below: