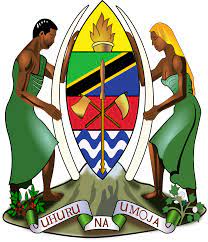 Mbeya Region is one of Tanzania’s 31 administrative regions. It is located in the country’s southwest. The regional capital is the city of Mbeya. According to the 2012 national census, the region had a population of 2,707,410, which was lower than the pre-census projection of 2,822,396. For 2002-2012, the region’s 2.7 percent average annual population growth rate was tied for the tenth highest in the country. It was also tied for the eighteenth most densely populated region with 45 people per square kilometre

Tunduma Town is located southwest of Songwe region, between latitudes 9003 ‘and 9023’ south of Equator and distances 32038 ‘and 320054’.The city council is located 1400 to 1650 meters from sea level, and receives an average rainfall of 1350-1550 mm per year.It is located 30 km from Songwe Regional Headquarters, the Council borders Ileje District to the East, the Republic of Zambia and Momba District to the West and Mbozi District to the North.Tunduma Town Council is located in Momba District and was established by GN No. 378 where it was officially launched on July 1, 2015, with 420 square kilometers. The Council has 1 constituency (Tunduma State), Division 1, 15 Wards and 71 Streets.